This article relates to a part of my childhood which the political leftists, and the immoral and the depraved who have infiltrated the creative teams in the entertainment industry are trying to destroy. Only this time, it has to do with one of the most iconic creations in American history: Superman.  Possibly the greatest superhero ever created by DC Comics, he was conceived as an idea first before he became the superhuman character. 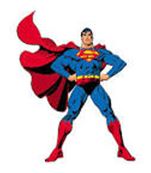 Superman was created in 1938 by Jerry Siegel and Joe Shuster for what was then called Action Comics #1.  In many ways, his creation itself is filled with irony.  Both of his creators were Jewish, but one should take into consideration the prevailing influence in Europe at the time.  Friedrich Nietzsche, the atheistic philosopher, in his book, Thus Spoke Zarathustra, referred to the Superman as “the meaning of earth.”  “Let your will say that: the Superman shall be the meaning of earth!  I beg you my brothers, remain true to the earth, and believe not those who speak to you of otherworldly hopes!  Man is a rope stretched between the ape and the superman-a rope over an abyss. What is the ape to man?  A laughingstock, a thing of shame.  And just the same shall man be to superman: a laughingstock, a thing of shame.”  Obviously, Siegel and Shuster did not emulate this idea when they created the world-famous comic book character.  Europe on the other hand was a different story.

Adolf Hitler and his Nazis very much emulated Nietzsche’s idea to the letter, to horrifying consequences.  They created the proverbial “Bizzarro world.” (Those who know the Superman comics know what that means.)  Siegel and Schuster basically redeemed the concept by creating a comic book hero who was “faster than a speeding bullet; stronger than a locomotive; able to leap tall building with a single bound” and would “fight for Truth, Justice, and the American Way.”  Superman was created at the height of Hitler’s insanity.  With the wildness of Hitler’s racial superiority propaganda and the Nazis’ hope of creating the “superhuman master race” that would conquer the world, allied countries (and the rest of the world) were being inspired by a new type of hero.  Hitler’s propaganda was being peddled to the youngest of audiences: children.  What better way to combat that Nazi message with a comic book hero who represented the very best ideals and characteristics that America represented at the time, and really for all time.

Siegel and Shuster made Superman otherworldly, a humanoid alien, the only survivor of the destroyed planet of Krypton.  His Kryptonian name was Kal-El.  Most people do not know this, but that appellation was an intentional nod by the creators of Superman to their cultural heritage.  It was a reference to the one of the names of God in the Bible, specifically in the book of Genesis.

To continue a little bit of that origin story: the infant Kal-El was sent by his father, Jor-El, and mother, Lara, in a tiny spaceship to Earth as their planet gave way to destruction by radiation explosions.  The tiny ship crash-landed in Smallville, Kansas, on the farm of Jonathan and Martha Kent, who raise the child as their own.  Purists like myself are particular about keeping Superman’s origin story intact, and indeed, any deviation from that story cannot be tolerated (including having a child with a regular human woman, which, according to the original storyline is impossible because of his Kyrptonian biology; sorry, Lois Lane).

He was supposed to be the best and the highest aspirations of character, morals, and hopes of mankind.  Both Siegel and Shuster, and then later writers throughout the years, understood that those ideas could only be possible if it was attached to a much greater ideal, namely that of Jesus Christ.  Mario Puzo (writer of The Godfather), who wrote the screenplay for the 1978 movie, Superman, purposely undergirded the Superman origin story to that of the Biblical idea of God sending His Son to the Earth: “They have the potential to be great.  They need only someone to show them the way.” 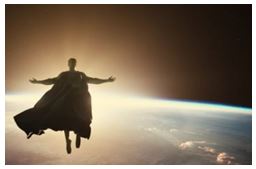 And yet, he was not God, or a god, and purposely shied away from that idea.  Meaning, anytime he felt the inclination to do something like creation, or becoming “king of the world,” instead of the moral example who would never intentionally kill an opponent or enemy, he became something evil.  He never delved into politics.  The one time he was tempted to do so (when his arch enemy, Lex Luthor, was elected President of the United States), he was talked out of it by his fellow heroes who told him to “trust the people, like you always have.”  He intentionally put on the persona of mild-mannered, Clark Kent, to counter the publicity, dynamism, and charisma of Superman, something that none of his enemies and very few of his allies could understand why unless they got close to him.  It was Lex Luthor’s perennial question: “How can someone with so much power not use it for his own personal aims?”  He was not a human being but went out of his way to identify and be one of them (one should read the second chapter of Philippians to understand the inspiration of the creators).

All of that said about the persona and character of Superman/Clark Kent, the big question for today is: how can this character now be portrayed as bisexual woke?  That DC Comics (which is owned by Time Warner) is doing such a thing does not surprise me in the least.  Over the course of the last several years, I have seen the diminution of several of the fantasy shows we grew up with as children in the 1980s.  The most notable example is Star Wars which has been almost totally destroyed by the repugnant sequel trilogy. Its producers and creators had the bright idea of creating a woke mess of dominatrix feminism and anti-capitalism while systematically killing off anyone and anything who made the original trilogy immortal and the stories that connected toward them.

Star Wars is almost guaranteed to make billions of dollars per movie just because of a loyal fan base.  The same thing is true with regards to both DC and Marvel movies.  But there is a catch to that idea.  First of all, almost certainly they will lose the wonder that drew hundreds of millions of people to their particular story.  Secondly, it may take a generation, but eventually these companies will find that they have lost the audience.  Contrary to their ideas, future generations will not accept their wokeness, just like this recreation of Superman will also not be accepted.  The audience will always go back to the origin story of the creators.

It must be noted that the woke writers at DC could not create a character of their own but are merely trying to duplicate one.  Their bisexual superman is not the Superman, but merely a bizarre and hideous unnatural version of the original.  This point is nothing new.  Satan in the Bible has the same problem.  He wants to be like the Creator God but cannot and has never created anything.  Anything and everything he does is a corruption of the original, and all of it results in death, not life!

Superman is one of those characters whose story has been copied or duplicated several times over.  There are other characters who have super strength, speed, and intelligence.  But there have also been characters who have been created whose powers and persona mirror Superman’s own, and yet either they are consider obvious duplicates (such as Mighty Mouse) or total rip-offs (such as Captain Planet).  “Imitation is the sincerest form of flattery.”  But this time, this invention is a slur against his high morality. 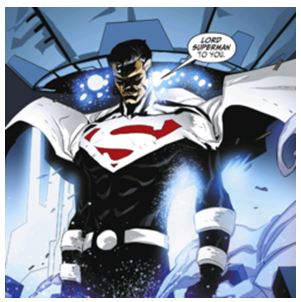 One of the most important qualities of Superman was his character, the highest of any hero in the comic book world.  He almost never killed an opponent; indeed, he actually held back his full power to avoid overly hurting or killing anyone who faced him down.  He was faithful to his friends, and at the same time his enemies came to trust him as well.  He never cheated on anyone, particularly Lois Lane (his colleagues and wife) and Diana Prince (Wonder Woman, the only other woman who had almost as close a relationship to him as Lois).  To create a modern day woke “hero” who is bisexual and a woke warrior of political correctness in the name and insignia of Superman, within the comic hero world, is a blasphemy because he fits none of the characteristics of such a character!

I believe that the woke philosophers’ real intention is to create a different type of hero and call that “superman”- one that fits in with their image just as Hitler and the Nazis, and Nietzsche himself intended to create their own what they called superhuman beings.  This hybrid character is already repulsive.  In their own minds they believe that they must indoctrinate humankind into some kind of utopia in which the highest morals of mankind is represented by feminism, LGBTQ… abortion rights, radical environmentalism, etc.  What is the difference between these current academicians and the one from the Soviet era?  Except for the symbolism of the hammer and sickle, nothing.

Regardless of the horrible invention of the woke writers of DC Comics, it will be an abject failure.  Their only intention is provocation, and as time goes by, they will become increasingly sacrilegious and indecent.  But just like the real world, Truth just will not go away no matter how much the leftists invent new politically correct terms and rules to justify any and every unnatural behavior and thought.  Only God knows how many scientists in the medical world have sacrificed their facts and common sense at the altar of the leftists to become “neutral” regarding the subject of gender.  And yet the science is not going away.  The overwhelming Truth which the facts confirm will not go away.  And it goes without saying that no matter how vile the liberal activists become or how powerful their benefactors from the tech giants in Silicon Valley the entertainment industry, and Washington D.C., they will never be treated as normal, but rather as aberrations, to be at most tolerated, but never accepted as normal.

My greatest problem with the woke and leftist crowd is that acceptance in normal society is what they demand while demanding to be absolutely different.  They demand to be considered legal and moral; they may achieve the former, but they will never receive the latter.  And in regards to the creative arts, they never made anything, nor do they make anything that will be enjoyed by the majority of humanity (I speak with regards to the music, literature, movies, etc.).  Above all else, the particular source of their anger is anything that is Christian or has a Christian worldview.  And whereas Siegel and Schuster created their Superman whose character and morality was based on that Judeo-Christian ideal, and from a heterosexual planet, the woke leftist god haters are trying to mix together Nietzsche and Satan’s words to Eve in the Garden of Eden.  They want to create their own “perfect hero” which emulates their whims, fancies and desires; after all, they are reasoning, they do believe in God, but they do not need God.  So when it came to creating a superhero, they created nothing but a Super Let Down, and called it a “superman.” A woke world! Can you be anymore pathetic?