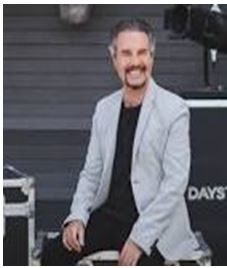 It was with shock and sorrow that we heard about the passing of Rev. Marcus Lamb, the founder and President of the Daystar Television Network, currently the second largest Christian media network after TBN.  He was only 64 years old.  We pray that God would comfort his wife Joni and their children and grandchildren who continue this media ministry.

It goes without saying that Rev. Lamb was lightning rod for controversy the last year as COVID-19 (the disease and the hysteria), begin to ravage the world at large, and the Church in particular.  I respected the fact that his was one of the few Christian media voices that took a stand against the government’s vaccine mandates as well giving voice to others in the medical field with different opinions than Dr. Anthony Fauci; and this, during the heyday when Fauci was held sacrosanct.  Some in the media were treating Marcus’ death as some kind of retribution from the COVID faith of Tony Fauci, as he had died from complications of the virus.  But in my opinion, that is a non-issue.  With or without a mask, with or without a vaccine, the COVID virus and its complications can kill anyone.  What people should know is that there was more to Marcus Lamb’s life than just the way he died.

In roughly three decades, Lamb and his wife Joni, began a fledgling operation and transformed it into a global channel, broadcasting in all 50 states of the United States and Canada, and in every other continent of the world.  Those who know anything about Christian media know that this does not happen lightly or easily.   There are no days off.  It is a commitment that will take 24 hours of time a day, and 365 days a year.  It requires raising money through telethons, acquiring satellite time, making partners with other partners, updating technology, and a whole host of other things while fighting to maintain the Christian message and witness.  It is not easy, and the pitfalls are numerous.

I first heard of Marcus Lamb through two pastor friends who came to our church in the 1990s and who had actually gone to college with him at Lee University in Cleveland, Tennessee.  They both said that Lamb was one of those students who had a vision for what he wanted to do with regards to television ministry at that time.  The pastors said they heard him incredulously at the time; after all, “who in the world as it all figured out in college?!”  However, he was doing his homework and studying non-stop on the subject while doing his Bible studies and entering into ministry.  In 1982, he married his wife Joni, a native of North Carolina, and they began their ministry.  He was credentialed by the Church of God, Cleveland, Tennessee.  God blessed them with three children, all of who continue to be integral to the Daystar ministry.

The pitfalls were enormous, and when one is involved in Christian media ministry, any failure will be broadcast to the fullest.  What is not broadcast is the healing, the grace, and the resurgence God brings into the lives of people who love Him and experience His grace in the midst of every sorrow.  That is the story of Marcus and Joni Lamb.  They weathered many trials that would have completely defeated or destroyed others, and that testimony must always be remembered—whether one likes or dislikes Christian television.  They did a ministerial work that people who have lived twice the years of Marcus Lamb have not done-and that deserves respect.

I hope that God will comfort the Lamb family and will continue to bless the Daystar Network.  May it continue to fulfill the particular vision that God gave to Marcus Lamb, until the day Jesus Christ returns.