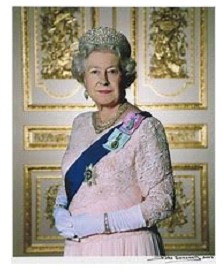 I am sitting at the terminal at DFW airport watching the news coverage of the Queen Elizabeth’s last journey from Scotland and ultimately to London where on the 19th her funeral is scheduled at both Westminster Abbey and Windsor Castle (where she will be buried at the family vault). The British Monarch passed away three days ago (September 8) at the age of 96, after more than 70 years on the throne of Great Britain. Her body was driven to Edinburgh, Scotland (the royal seat in Scotland) from Balmoral Castle (where she passed away). She will lie in state here as well as in other locations in the next 10 days with crowds of over 50,000 people expected daily to pass by her casket to pay their final respects to this remarkable woman who has been a seemingly permanent feature of the British government for the better part of seven decades. I am sure that every television from here to India will be covering the event non- stop. I am just interested in seeing the reactions or responses of the British people who are traveling in the flight or passing through transit this week. Even the reactions in India will be interesting to behold. After all, her father King George VI was the last British Emperor of India. I wonder how their reactions to her passing will be?

Her death reveals just how a small a person I am in the grand scheme of things! Dr. Jordan Petersen said recently that the Queen and President Donald Trump were the most recognized people in the world. That is probably an accurate assessment. Without regards to the Faith, if anyone thinks that being born on “the right side of the tracks” is nothing or something small, then they are fools. Of course, I am saying that statement from the bottom of the bottom on the social totem pole. They may have a different perspective from the top. But let’s face it, there is something wonderful to have people open doors for you, to hang on your every word, to show you the greatest deference, to know your family’s lineage going back a thousand years.

Queen Elizabeth’s husband, Prince Philip, passed away last year. There are many stories about the man who was the Royal version of Ruth Bell Graham (the late Evangelist Billy Graham’s wife) except without as much grace. In the end, the man seemed to like a brittle old man and the most that anyone could say of him (other than at unguarded moments he made his opinions loud and clear) was that he did the most dedications, inaugurations, and openings of any royal. In actuality, he was a distinguished naval officer before his marriage to the Queen. But his life was relegated by duty to walk to steps behind and to the left of his wife for over 7 decades. From all accounts, they loved each other and were faithful to each other to the very end (no easy feat considering the history of the modern-day royals around the world).

Queen Elizabeth was a woman who was born into duty when she was born into that dynasty which has been the perpetual “first family” of Great Britain for over a thousand years. In the last century in the times of before and after World War 1, this was a very big deal. Anne Frank, the Holocaust victim whose diary is now compulsory reading in Middle Schools all across the world, had the pictures of the child princess Elizabeth and her sister Margaret on the wall of her family’s hiding place in Amsterdam, Holland. Anne and her sister Margot made a hobby of collecting the pictures of all the children of nobility during their time.

During her youth, her distant relations in Russia, the Romanov family were massacred to death by the Communists. Through her time, she saw Hapsburgs, and Hohenzollern, the Bourbons (all royal families in Europe and all distant relations of the House of Windsor through Queen Victoria) come crashing down from their power because of revolutions, coups, or other upheavals. Only in Great Britain and Japan did the royal retain their positions, except without much power. Throughout her time, the British Empire diminished into a Commonwealth of Nations who were all independent from her crown in varying degrees. And yet the Queen represented the best of the British people to the point that even African despots such as Robert Mugabe stood in awe of her. Imitation is the sincerest form of flattery, Mugabe and many others who were in positions of power and who aspired to lifelong governance wanted what the Queen emulated. They wanted power and they wanted the love of people but could not understand how a woman who had little or no actual power in the nation for which she was head of state (and which her family had ruled for several centuries) could maintain the love and respect of her people to such an extent that they were proud to be associated with her as her “subjects” rather than “citizens” of one of the countries connected to the British Crown.

She saw the loss of India and Hong Kong from the United Kingdom as well as all the British colonies in Africa. Only God knows the kind of humiliation that she experienced foremost in the name of the British people. When during her time, liberalism and socialism threatened to unravel Great Britain, her presence was a balancing force. She never revealed her political positions, but I am sure she was grateful for the work of Prime Minister Margaret Thatcher (the first lady PM in British history) and in recent times of Mr. Nigel Farage who rallied Britain to break away from the European Union, and in essence made the Crown of England relevant again rather than a costly rubber stamp. 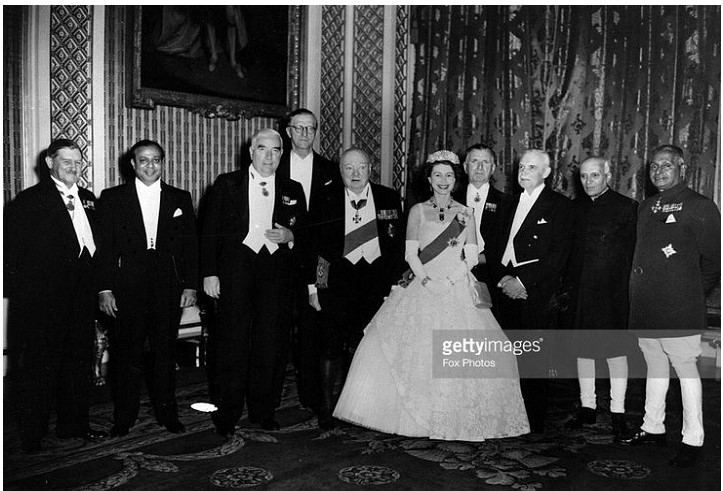 Her character won people and it held her nation together and in spite of the fact that the British Empire may not be the mighty power that it was a hundred years ago, her funeral will be one of the biggest events in history. Why? People tend to forget that by virtue of her position and her crown, she is a link to history passed, and especially the generation that Tom Brokaw called the “the Greatest Generation”. I love meeting elderly people just because they are a link to the times of history, we read in textbooks. They lived it in real time.

Queen Elizabeth 2 did not just live during that time; she was part of the history herself. She shook hands with fifteen Prime Ministers of England starting with Winston Churchill (Churchill was decades older than and had been in the service of the British Crown since the time of Queen Victoria.) as well every great military leader from General Bernard Law Montgomery to General Norman Schwarzkopf. Every prize-winning scientist up Dr. Stephen Hawking. Every entertainment British entertainment personality from Sir Laurence Olivier to the Beatles. Every Nobel peace prize winner from Mahatma Gandhi and Mother Theresa to Malala Yousafzai. Every freedom loving patriot from Lech Walesa of Poland to Nelson Mandela of South Africa-they all of them bowed their heads and exchanged warm salutations with Queen Elizabeth II.

No, I am no person who wants to fawn about the grand old days when the “sun never sets on the British Empire”, but Fox News Commentator Tucker Carlson is right when he says that taken with the rest of the empires of history, the British did more good, left more hospitals and charities, arts and architecture, and in particular their system of government and the moral drive for human rights than any other empire in history. The intellectual “banshees” of our time may not wish to hear that assessment, but if they study the point, they may find out that it is true. Even in the United States where 246 years ago we threw off the British Crown, and where people like me will never understand the British system of government based on their traditions and procedures; there is something in our hearts that always hopes for the best of England and the preservation of the British Crown. 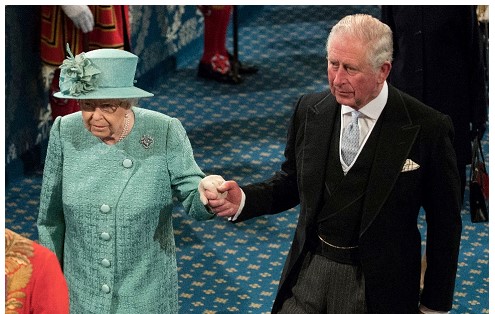 I pray that King Charles III will be a worthy successor to his late mother. I pray that God would send a new and powerful revival in that nation that will wash every hideous influence of sin and destruction away from the British Isles, that it would become once again a nation that will marvel the world with its brilliance. I pray from the new Prime Minister of England, madame Liz Truss that she will be able to govern her nation through the difficult days ahead. She will forever bare the honor and/or responsibility of being the last British PM that the Queen asked to form a government in England. I used to think that my age group was the “youth”-not anymore! Prime Minister Truss is only a year older than I, and she is leading the government of Britain! May her service be principled and blessed. 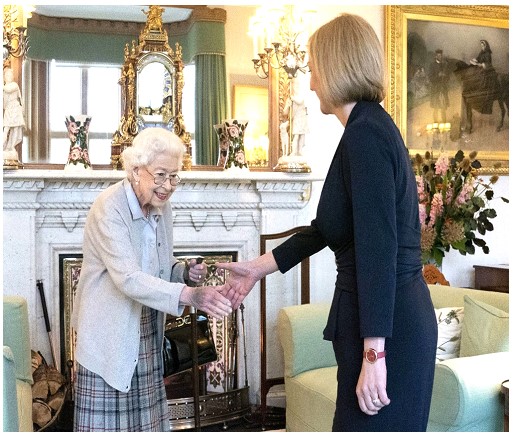 May God bless and comfort the Royal Family of the United Kingdom of England, Scotland, Wales, and Northern Island as well as all the nations that are part of the Commonwealth of Nations under the British Crown.

We join the sentiments of former Prime Minister Theresa May who said of the Queen, may her memory be blessed and may she rise in Glory.